It was a moving event when inhabitants of Sønderjylland in 1920 once again became a part of the Kingdom of Denmark as a result of a referendum in the area.

We have created a collection of ten sites and activities that are related to the Reunification. Take a look at the list and see if there are any of the sites that you have yet to see.

After the Second Schleswig War in 1864, Denmark lost the three duchies of Schleswig, Holstein and Saxe- Lauenburg to Prussia (which was renamed Germany in 1871) and Austria. Southern Jutland, which was the original name of the Duchy of Schleswig, was thus lost to Germany, and the Danish-German border was drawn just south of Kolding.

The vast majority of the population in the northern part of Southern Jutland, however, felt that they were Danish. This meant that the wish for reunification in the smallest part of Southern Jutland gained considerable currency in Denmark in the second half of the 19th century. However, it wasn’t until Germany’s defeat in the First World War that reunification became a realistic political scenario. 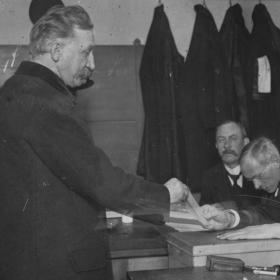 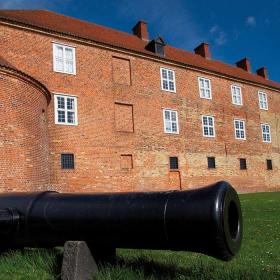 At Sønderborg Castle you can learn about the region’s fascinating past, as well as enjoying the castle’s many attractive features. 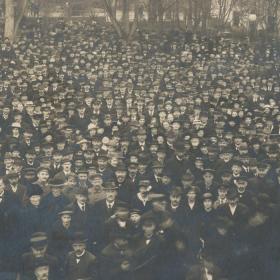 The meeting place for people of Danish disposition in Aabenraa

The meeting house at Folkehjem played a major role in keeping alive the spirit of Danish identity. 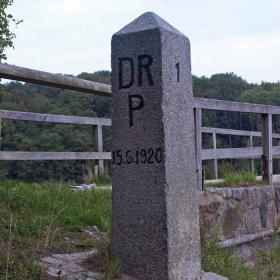 A border with challenges

Deciding on the path of the border between Germany and Denmark was not easy in 1920.

H.P. Hansen, who was the political leader and parliamentary representative of the people of Southern Jutland in the Reichstag in Berlin – and sympathetic to Danish wishes – announced on 17 November 1918 that the constituency association of Northern Schleswig demanded that the Schleswig border issue be resolved by a referendum, thus leading to the prospect of Southern Jutland being reunited with Denmark. This call was made from the balcony of the People’s Home in Aabenraa.

The border issue was indeed resolved by a referendum. Reunification took place in 1920, following two referendums: one in what was called zone 1 (which was Northern Schleswig) and one in zone 2 (which was between Schleswig and Flensburg). The populations in the two zones had to vote whether they wished to be part of Denmark or part of Germany.

Referendum in zone 1 (Northern Schleswig – what we know today as Southern Jutland). 75 % vote for the area to be Danish.

Referendum in zone 2 (Middle Schleswig). 80 % vote for this area to remain part of Germany.

The referendum in the two zones determined the position of the border between Denmark and Germany.

Southern Jutland is transferred to Denmark, although the Allies provisionally retain sovereignty of the region. Denmark is granted sovereignty on 5 July, backdated to 15 June.

King Christian X and his sons Knud and Frederik ride symbolically across the old border north of Christiansfeld. The royal family is then received with a celebratory church service in Haderslev and a visit to the People’s Home in Aabenraa.

The main Reunification Festival takes place on the plateau at Dybbøl Banke, scene of a major battle in the Second Schleswig War. As well as the royal family, between 50,000 and 100,000 people take part in the celebrations.

King Christian X is received on the square in Tønder by the town’s German-minded mayor. On the same day the king meets a group of Danish-minded citizens from Flensburg in Kruså.

World War I in Sønderjylland

Spindrift, Ships and Whaling - the maritime history of Sønderjylland

Night Watchmen in Aabenraa and Haderslev