World War I in Sønderjylland

In Denmark as a whole, the First World War, which lasted from 1914-1918, doesn’t have a very prominent place in the national consciousness. Denmark wasn’t officially involved in the conflict, and only a few Danes played an active part in military operations.

The First World War was primarily known for its bloody battles of attrition in France and Belgium, extensive trenches, triplanes and terrible attacks using poison gas. However, the war also left its mark on Southern Jutland, evidence of which can still be seen today. Every churchyard in Southern Jutland has a memorial for the soldiers in the parish who fell during the war, whilst at Løgumkloster and Arrild there are special burial sites for the many prisoners of war that died in labour camps in the area.

Just outside Tønder the Germans established a base for airships – the so-called Zeppelins – which were used for bombing raids against the British. This base was bombed by the British in July 1918 – in what was actually the world’s first bombing mission involving aircraft that took off from the new aircraft carriers of the day.

Close to the former border to Denmark – between Skærbæk and Haderslev – the Germans established a defensive line of bunkers that still exist to this day. Here, interested visitors can explore the so-called Defence Line North. 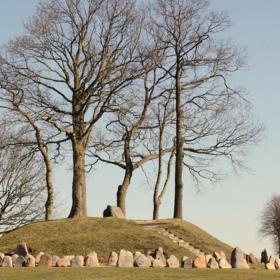 At the vast majority of churchyards in Sønderjylland you’ll find memorials and graves for citizens of Sønderjylland that lost their lives in the First... 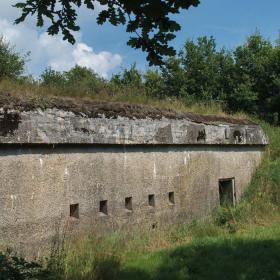 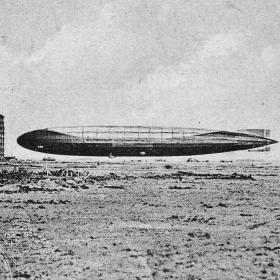 When the First World War broke out in 1914, the German fleet had but one airship: the Zeppelin L 3.

Night Watchmen in Aabenraa and Haderslev

Spindrift, Ships and Whaling - the maritime history of Sønderjylland