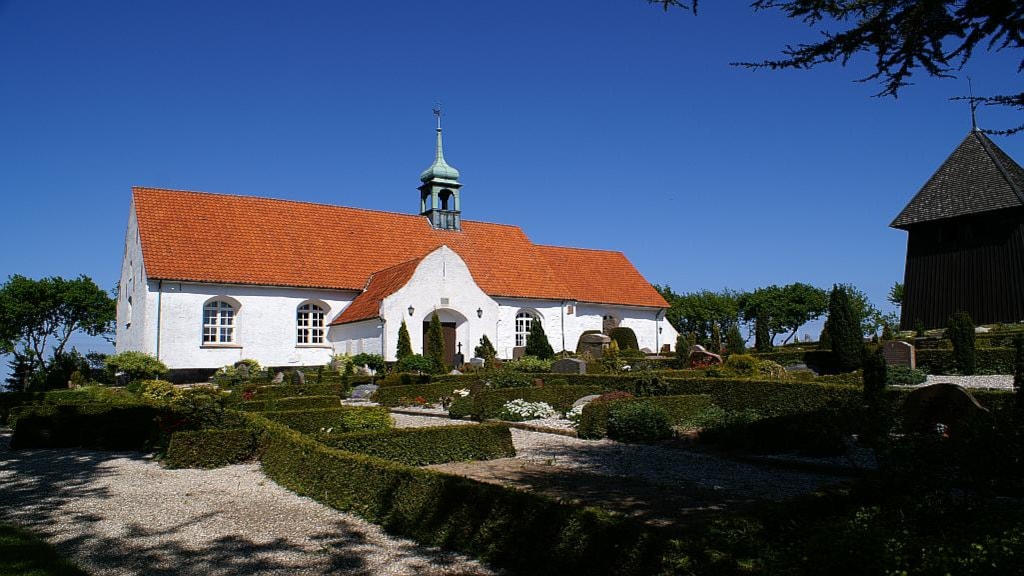 An original church without a steeple from the 12th century with later additions. The baptismal font and the rood date from early medieval times. The pulpit is from 1688.

The recent restoration uncovered a distinctive marble beamed ceiling from the 18th century which now again adorns the interior. A carved altarpiece and altar rail of iron were also installed during the restoration. The wooden reliefs are made by Jes Lind.

The bell frame contains medieval woodworks. The churchyard holds a pretty place for urn graves as well as a monument from the First World War.
Address