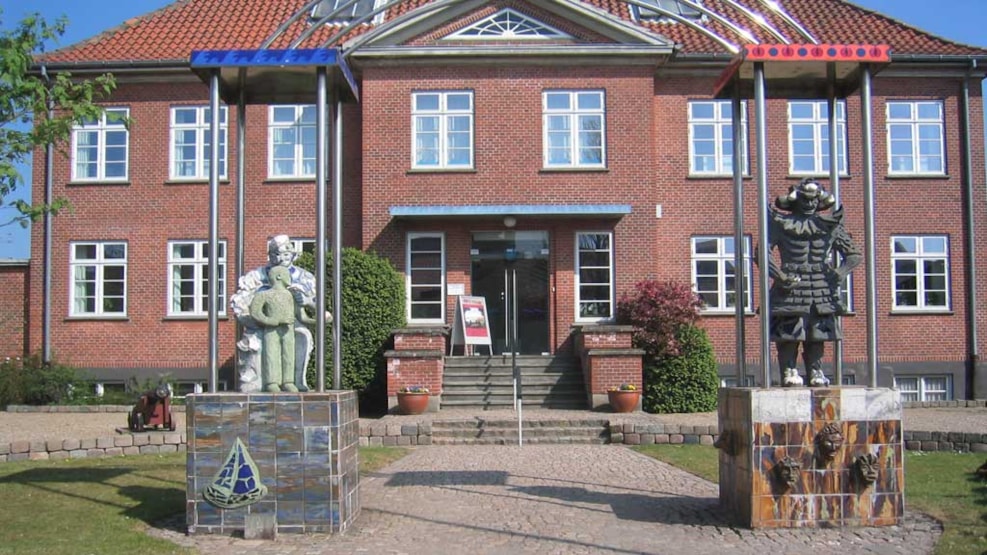 The museum reflects the proud maritime tradition that characterized Aabenraa during the sailing ship era, and which then became an important element in the city's identity.

Cultural history Aabenraa contains one of the largest Danish collections of ship portraits. They were created as the individual captain's picture of his ship and hung in the home. Therefore, the pictures usually show a particular ship in a given year and with the name of the captain. On some ship portraits, the background can be identified as e.g. Venice, Copenhagen, Hong Kong or Aabenraa. Some ship portraits were painted in the distant port cities which the ships called at during their voyages.

Experience H.P. Hanssen's dilemmas in the struggle to reunite Southern Jutland in the special exhibition. No other person played such a large role on the South Jutlanders' path towards Reunification as H.P. Hanssen. However, it was neither an easy nor a straight path. The exhibition focuses on the difficult choices H.P. Hanssen had to make along the way, several of which were not just his, but those of all Danish South Jutlanders.

The museum is situated near the center of Aabenraa.