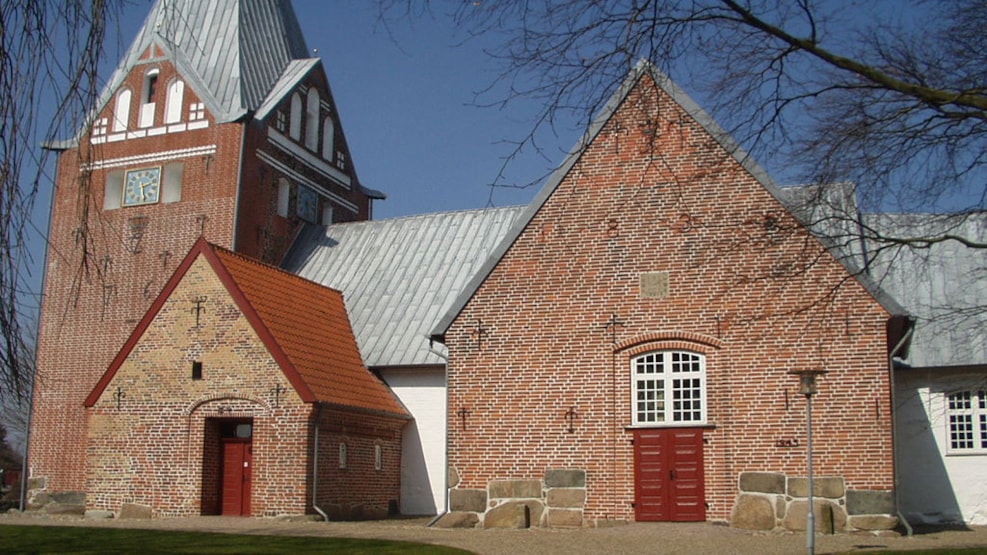 This stately church, situated in the south part of the town, was likely consecrated to St. George.

In the two chancelvaults are fine Late Gothic frescoes.
The Late Gothic altarpiece is Southern Jutlands largest and comprises a middle panel plus two stationary and two move- able panels resting on a predella with sculptures and paintings.
There are two 18th century paintings, one being an unusual grooved painting of the crucifixion and resurrection, while the other portrays a repenting Peter.