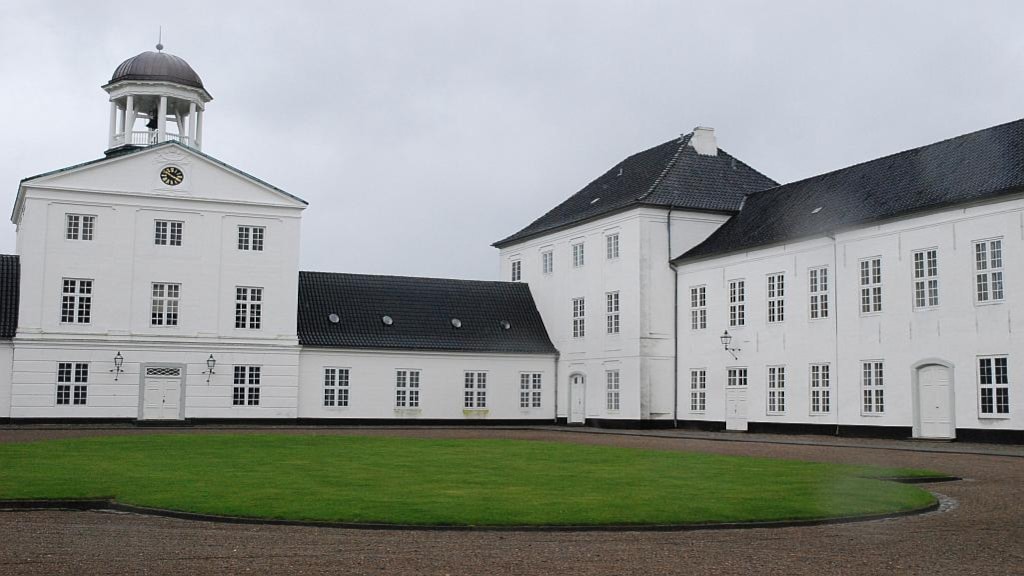 Summer resident of the royal family

Gråsten Palace is best known as the summer resident of the royal family.
The very first castle in Gråsten was a hunting and leisure castle built in the midst of the 16th century. After it burned down in 1603, a new castle was built, probably where the current castle´s south wing is now. Shortly before 1700 the Chancellor Frederik Ahlefeldt built an impressive Baroque palace, which itself unfortunately burned down in 1757, only leaving the palace church. The current Gråsten Palace, or rather the south wing, thus originates from 1759. In 1842 the main building was added.

In 1935 the right of use of the castle was given to the late King Frederik and Queen Ingrid. Queen Ingrid was very interested in flowers and stood for the planning of the garden at Gråsten Palace until her death in 2000.

There is no public access to the buildings and rooms of the palace, except from the palace church, who has special opening hours.

During the stay of the royal family the area is closed to the public and there is no access to the palace-garden and church. The last years the crown prince couple and their children has stayed at the palace from end June, followed by Queen Margrethe II and HRH Prince Henrik.

Residence in summer 2021
The Queen left for the Faroe Islands on 15 July and the palace garden is expected to open on Friday 16 July at 8 am.