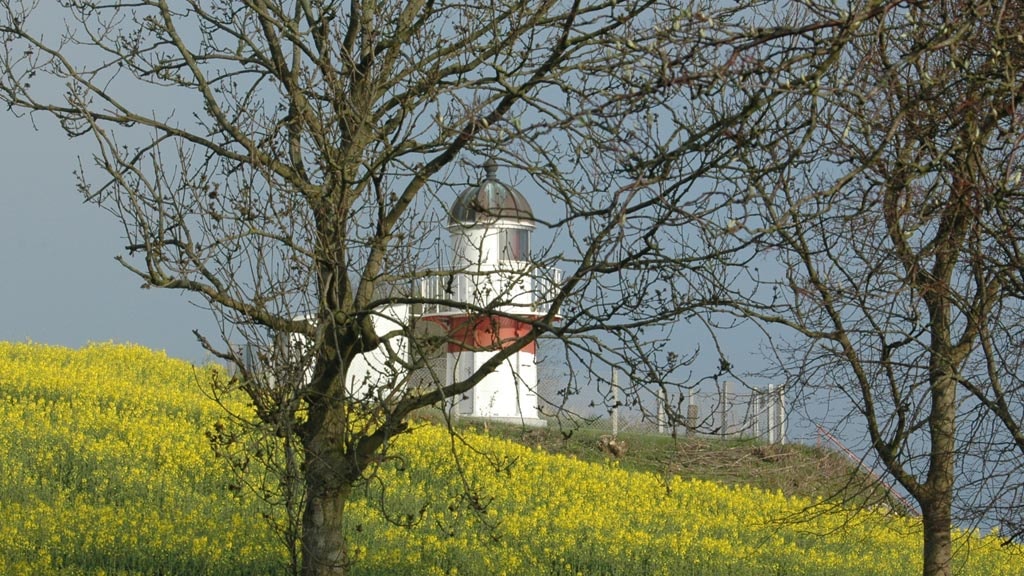 The lighthouse, build in 1904 in iron, was equipped with a lens device and alcohol burner. At the Reunification in 1920, the lighthouse is turned over to the Danish government and Det Danske Fyrvæsen and the year after the burner was changed to using acetylene gas. In 1954, electricity replaced the acetylene gas.

The lighthouse is only 6 metres tall, but the position upon the cliff gives it a focus height of 11 metres. The sector light is of the character: ISO WRG 2s.

Only visible from the outside