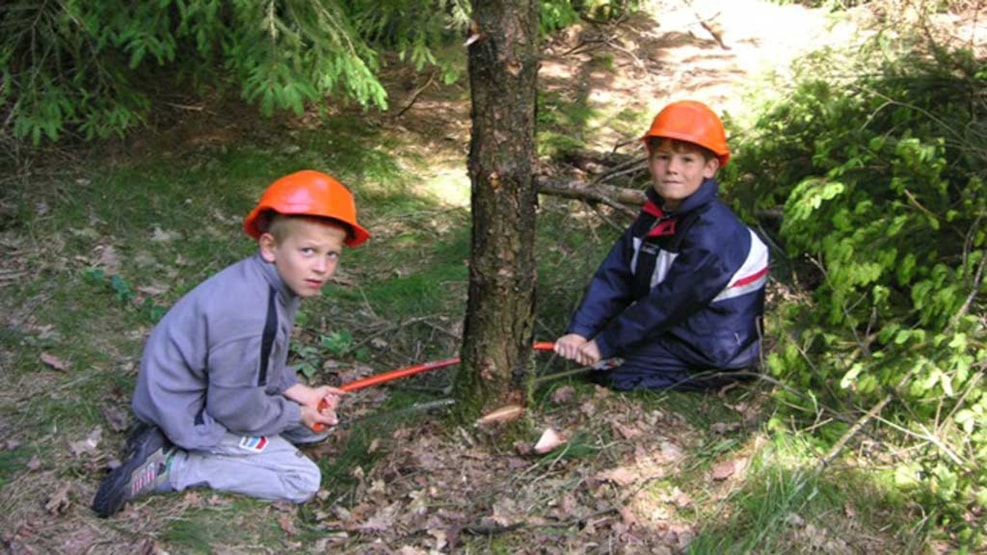 Flensburg city has from the "old time" owned a wooded area on the north side of Flensburg Fjord. As negotiations about the border demarcation in 1920 should not affect the ownership structure north and south of the new border, had one of Flensburg's side hoping for a limit that started around Sønderhav, went north of Kollund Skov.

But the final frontier was laid in Kupfermühle gorge, and Flensburg's forests so north of the border. This area lost status as a recreational area for the city's inhabitants.

After the 2nd World War, all German property in Denmark confiscated but as a friendly getus from the Danish side for the many Danish and Danish counterparts in Flensburg, forest given back to the city of Flensburg. Thus own city of Flensburg still a forest area in Denmark. The forest is 16.5 hectares.